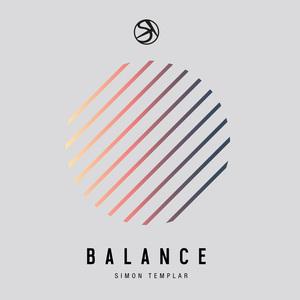 No. Wait. Hang on. That canât be right!

Indeed it is not, as this is the other Simon Templar (albeit a no less saintly one!). This Simon Templar is the a.k.a. of Jussi Paasonen, Finnishâs master of the finer progressive arts, a thief of altogether trancier hearts and anything-but-occasional agent of dancefloor fission & frisson.

For seven years and counting, Simon/Jussi studio-ware has been lighting up labels like Black Hole Recordings, JOOF, Lost Language, Touchstone, Bonzaiâs Progrez imprint and Pure Trance Recordings. It is to the latter however that the spoils of the Man from Keravaâs debut album have fallen.

Yes, Pure Trance Recordings are proud to present an 11-track trove of music, which exemplifies the very best - not only of what Simon has to offer, but trance as a whole.

If you know Templarâs work of old, this album will be the one that carries you through summer 2017 and beyond. If however Simonâs music is reaching your ears for the first time only now, well, what can we say other thanâ¦ your timing couldnât be better!

Hailed as âdazzlingâand âimpressiveâ by DJ Mag UK, balance is what âBalanceâ does. A finely honed, evenly keeled assemblage of tracks that span the full beam of tranceâs notably wider range.

Kicking off with its title track, the first half of the album brings music from the more deeply natured side of the genreâs firmament. From the chunky drums and hazily dystopian feel of âFly With Meâ to âGolden Ratiosâ cruising, prog-trance stylings, mentally, it summons altogether darker imagery. The guitar-led evocation of âBead Townâs intro cedes to its redolent, quirkily-effective Left Bank evangelising vocal. In uber-chilled fashion, âSunday Rainâ has âBalanceâ reach its midpoint - a beatless intermission that brilliantly sets the scene & builds the anticipation for its second half.

On signing Simonâs long-player debut to Pure Trance Recordings, label boss Solarstone said: âIâve long been a fan of Jussiâs sound; itâs always been melodically understated and firmly underground â with that sophisticated Finnish sheen. Very pleased to have convinced Jussi to sit down in the studio and tell a story".

As the strains of âSunday Rainâ fade, âBalanceâs tone upticks, with the soaring, powerful âSkylineâ. The âforcefulâ, âfloor-angledâ, âprimetimeâ (DJ Mag) lean of recent single âMorning Sunâ lends more weight, while the drum-punch and recursive progressive riffs of âThe Eterniaâ fuels its system further. Having (through its initial release back in 2014) already served âTo The Starsâ two ways, Simon returns to the track with a third electrifying outing.

âThe Fogâ pushes âBalanceâs needle into stormy Psy territory, before âJing & Jangâ offers a thrilling, quixotic slo-mo denouement to the album.
Buy Like
Members who like this Release
Edit