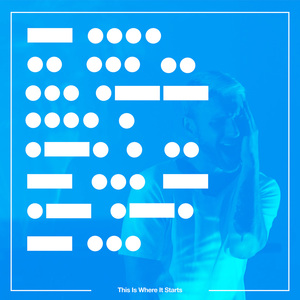 Solarstone & Jonathan Mendelsohn - This Is Where It Starts

Description
With the contrail left by his Lostly collab âLandmarkâ still visible in the rearview, Solarstone signs his summer off with another debut teaming. This particular meeting of musical minds however is of the producer x singer variety, as Jonathan Mendelsohn brings new single âThis Is Where It Startsâ its candidly honest, emotionally stirring song.

Over the last decade Jonathanâs distinctive voice and accomplished lyrical style has hallmarked the work of many an electronic music producer. Laidback Luke, Marco V, David Morales, Dash Berlin, Hardwell and Blasterjaxx are just some of those whoâve sought out his talents. With a knack for adapting personal experiences into touching songs, itâs a methodology that Solarstone readily identifies with. Having long hunted for the right production with which propose a collab on, when studio work on âThis Is Where It Startsâ wrapped, he instinctively knew he had it.

Arriving in stores/streaming platforms in three markedly different forms, the package opens with the Originalâs epically touching downtempo version. Scene set, through another exceptional Pure Mix port, Solarstone outreaches to the floor, applying first clubbing colours to âThis Is Where It Startsâ. Further remix duties are ably serviced by fast-on-the-rise talent Sheridan Grout. The Canadian takes the track to its natural stylistic conclusion, gifting it an endlessly rapturous, peak-of-the-night revision that - crucially - never loses touch with its vocal core.
Buy Like Edit