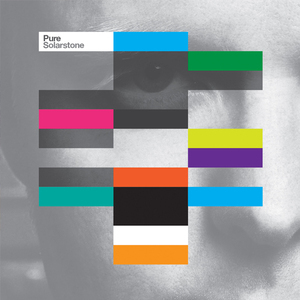 Now, after the singles, their remixes, the âPureâ tour gigs and the other significant events the release set in motion, Black Hole Recordings has consolidated all its parts into the definitive multimedia edition of the album. Featuring full length extended mixes of each of its 13 tracks, âPure - The Deluxe Editionâ also now includes a panoramically remixed alternative vision of the album. With remakes from artists including John OâCallaghan, Bryan Kearney, Suncatcher, Peter Hulsman and others, it brings many a new vista. Also included are the incredible YouTube view-baiting videos of single smashes âFalconsâ, âVoyagerâ and âLoversâ, as well as empty orchestra versions for Solarstone lyric-lovers.

Part by part, track-by-track and video-by-video, âPure - The Deluxe Editionâ builds into the criterion, no-stone-left-unturned album edition. No Solarstone fanâs collection will be complete without it.

If youâve been on a floor over the last year or so and caught yourself singing along to one of âPureâs vocal numbers, the expanded edition of the album will only boost your lyrical knowledge! As the multimedia release crosses over from audio to video, youâll find the empty orchestra versions for five of its biggest vocal numbers - âThe Spellâ, âJewelâ and âRequiemâ among them. If you didnât know all the words then, you will now! Also on board are the videos to 3 of its key singles. Age of innocence celebration âFalconsâ, âVoyagerâs appropriately jet-setting all-four-compass-points travelling and the fan-wowing stop-motion animation of âLoversâ are all featured.

The Extended Versions: as youâd expect Solarstoneâs original âPureâ tracks are also included in the release, albeit now in his freshly minted full-length versions. Providing the perfect launch point for âPureâ, from its first propulsive beat to the opening sweep of its atomic synths, the title track of Solarstoneâs new LP instantly addresses the big rooms. Clarifying that vision further, the celestially gazing âVoyagerâ masses its booming drums to pulsate the speakers for a heart-in-mouth outer space ride.

With the Billy McGruddy-vocalled âShake The Demonsâ, Richard re-establishes one of the most talked-about connections from his âTouchstoneâ album. Following the club hits âElectric Loveâ and âIs There Anyone Out Thereâ, the pairâs latest co-production extends a different tone. Catching the mood of McGruddyâs hazy, higher-than-the-sun vocals, Solarstone directs them to the floor, backed by mesmeric synths and killer 303 churn.

Those on the hunt for the albumâs âSeven Citiesâ/â4Everâ/âTouchstoneâ moment wonât need to look any further than âFireislandâ. Co-produced with Egyptâs Aly & Fila, from the opening throb of its bass guitar and shimmering Med-head melodies, it works in Spanish guitar flecks and sun-kissed synths. On âFalconsâ meanwhile, Solarstone is sharing studio space with Italyâs Giuseppe Ottaviani, with the pair conjuring a seismic, uprush-ing number. With its calling female harmonies, breath-stealing synths and high-end horsepower production, âFalconsâ is pure trance served by the shot glass. Back in solo mode, on âPleaseâ, Solarstone doesnât back off the throttle for a second, creating a floor flamer that features the spoken vocal musings of a certain well-known 60s rock poet.

Where the drums drop out of the album, âPureâ begins to move in more introspective directions. Backed by his sparse breakbeats and live strings, on âWhere Do We Go From Hereâ Richard duets with Betsie Larkin, for a raw, real and emotive vocal two-hander. Set against the mellow drama of chilled, beat-free ambience, âSwansongâ â the albumâs fittingly titled closing track â sees Hannah Magentaâs heavenly choral refrain cut deep.

Solo, with vocalists old and new, and alongside heavyweight production collaborators, âPureâ is album title and mission statement rolled into one. Taking its producer back to his grass roots, in the process he has distilled its sound. This is pure trance and âPureâ Solarstone.

A commemoration of the albumâs manifold achievements, and its fundamental place in Solarstoneâs history, the Deluxe Edition of âPureâ is out now.
Like Edit