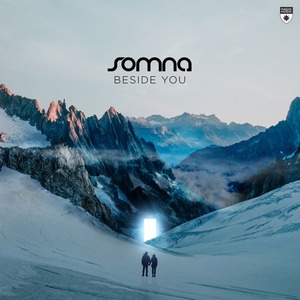 The first block-release collection from the DJ, producer & AVA Recordings co-owner has been one long sought by fans. Throughout his production lifetime, Somnaâs always been in his element when working in synergy with singers and songwriters. That âbeside youâ connection that can bring voice, message and extra dimensions to his studio creations. That dynamicâs reached a new apex through his debut album that - almost without exception - is built around the producer/singer simpatico.

In pursuit of it Benâs tapped the talents of many a remarkable songstress. Some heâs worked with previously (and one, notably, to an almost muse-like degree), whereas others mark first time artist/singer unions. There are those who Ben is essentially introducing to the electronic music scene, whilst others will already be known-names to âBeside Youâs audience. Their single common denominator however is the ability to articulate Benâs music into words and vocalise his innermost. Amongst the albumâs co-production coterie youâll find the inimitable likes of HALIENE, Jennifer Rene and Roxanne Emery â singers whose renown is already foundation deep in dance music. Newer-to-most names that Benâs engaged for the album include gifted local talent like (fellow Canadians) Noire Lee and Emoiryah, and from those from further afield, including Sally Oh and BLÃ EYES.

Of his motivations to write his first longplayer, Ben commented: âBeside You are two simple words that speak volumes. When I set out to write this, I really wanted to capture the emotions and feelings that encompass trance music to me - the warmth of that beautiful melody at the right time. Transporting us to a moment in our lives where you can remember every little detail, the feelings, location and even the sights and smells. I remember, having moved across the world from Canada to the UK, travelling on the train between Bournemouth and Manchester on my own and feeling very alone. I would listen to a certain Oceanlab song and in that moment, everything would melt away and I felt peaceful. My sincere wish is that this
Buy Like Edit