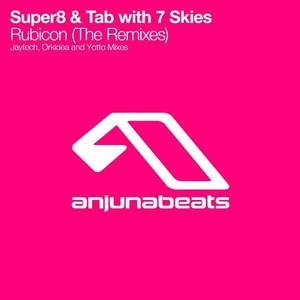 With his Positronic label continuing to grow in stature, label favourite James Cayzer aka Jaytech returns home with a sweeping synth heavy remix. One of the most polished producers on the scene, Jimbo's trademark nu-disco piano adds warmth to the original breakdown, before a thundering percussion led climax.

A blast from the past, Orkidea's uptempto psy-trance rework is a pulsating affair; a hypnotic groove and driving low end giving that classic Goa throwback feel.

The latest in a long line of Finnish faces to appear on the label, Helsinki native Yotto makes his Anjuna debut with a deep progressive mix. Having caught the ear of label A&Rs with his stylish take on Pierce Fulton's "Kuaga", Yotto's laid-back beach house flavour echoes the sounds of EDX and 16 Bit Lolitas - an exciting prospect for the future.
Like Edit