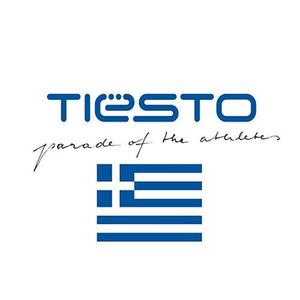 TiÃ«sto - Parade Of The Athletes

Description
Parade Of The Athletes is a mix album by trance DJ/producer TiÃ«sto made with the tracks he played at his live set performed at the opening ceremony of the 2004 Summer Olympic Games in Athens, Greece on August 13, 2004. This was the first time ever that a DJ was asked to perform for a ceremony at the Olympics. Recognizing one of their own, the Dutch team came up to the booth while TiÃ«sto was performing this set. All of the songs on this track are original songs composed by TiÃ«sto except for "Adagio for Strings", which is his own remix of Samuel Barber's piece by the same name, and "Athena", which is also a remix of Albinoni's Adagio in G minor.
The album contains 8 new tracks composed exclusively for the Olympic Games Athens 2004 Opening Ceremony, and 4 already released tracks ("Traffic", "Lethal Industry", "Adagio for Strings" and "Forever Today").

The highest position it reach was the no.4 position in the Dutch album charts.