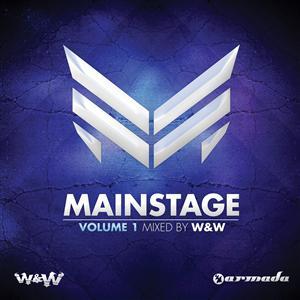 Though their career is young, itâs no less than impressive. Clocking up gig after gig and success after hit, theyâve made a swift growth to mature artists. Rising to number 36 in the DJ Mag Top 100, W&W smashed into dance land with their ASOT550 anthem âInvasionâ, the loud and banging âShotgunâ and several other singles of their debut album âImpactâ. But the guys also have a keen ear for other talents within the scene. Through their bi-weekly Mainstage radio show, as well as their Mainstage Music, they reach out with tunes by some of the most promising and original producers that EDM has to offer today.

âMainstage 2012â brings you the highlights of the fresh, new label, both past and future. Riding the beloved W&W sound â energetic, eclectic and highly contagious â the album takes you past tunes by the likes of Armin van Buuren, Dash Berlin, Hardwell, Marcel Woods, Ali Wilson, Orjan Nilsen, Wezz Devall, Husman and Omnia, as well as exclusive tunes, collaborations and remixes by the magnificent W&W.
Like Edit