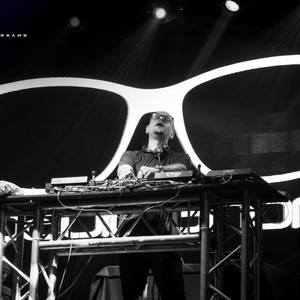 Description
Classically trained, electronically tuned. Pablo Anon is a force to be reckoned with behind the decks at events right around the world or alternatively behind the desk producing in the studio.

Music has his professionally passion since 2004. With his raw talent & technical execution forming his foundations as a electronic entertainer. Versatility & Musicianship is combined throughout his sets; producing and performing across an array of different trance genres.

2017 has brought a new revival of performances and releases; showcasing his personal sound across Critical State, Critical Overload and Critical Uprising labels from Komplex Sounds (KSX) Label Group and Perfecto Fluoro. December 2017 will see Pablo participate in the Colombia, Australia and Mexico legs of the Critical State - Past, Present & Future Album 2017/18 Tour with the dual CD hitting stores for Physical release on 08.12.2017 including his two biggest releases âWar & Peaceâ and Collaboration with Talla 2XLC on the prestigious Critical State Label.

In 2018 Pablo Anon has resettled in Medellin, Colombia. With both South and North America new markets within his sights, he is now armed with his newest originals and purist PSY Trance sound on Perfecto, Perfecto Flouro, Critical State, Universal Nation and with massive originals and remixes honoured by heavyweights Paul Oakenfold and Liquid Soul.