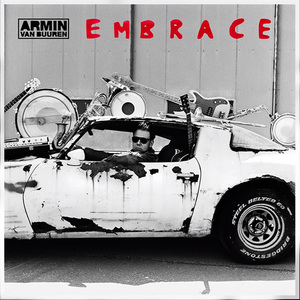 Description
GRAMMYÂ® nominated electronic musician Armin van Buuren will release his sixth and latest full-length studio album, âEmbraceâ (Armada Music) on October 29th, 2015. The full tracklist of the album will be revealed today during the 733rd episode of Arminâs weekly A State of Trance (ASOT) radio show. The weekly two-hour ASOT radio show is currently heard by more than 33 million listeners on 100 FM radio stations in 84 countries. Beginning today, âEmbraceâ will be available for digital pre-order; the physical pre-order has been available since September 3rd.

Truly a remarkable and comprehensive work-of-art, âEmbraceâ is quite possibly Arminâs best creative effort to date. With more than 17 years as a professional DJ and producer to his credit, Armin has developed a finely honed ability to create the most dynamic music. Itâs music thatâs as aurally stimulating as it is emotionally dense.

Said Armin of the stylistic diversity of his âEmbraceâ album, âEach of the instruments you see on the album cover â which was shot by Anton Corbijn â was an instrument actually used on the album! I thought it would be a real challenge to myself to try to create dance music using all of these disparate instruments. I really wanted to push myself past my comfort zone and create something very exciting not just for me, but for all the lovers of music out there. I hope you enjoy it.â Judging by the ecstatic reaction of audiences whenever Armin plays his album cuts onstage, he has, once again, succeeded.
Like Edit