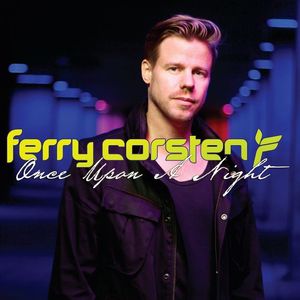 Ferry Corsten - Once Upon A Night Vol. 4

With this new edition Ferry has shifted the style sights - audibly travelling far beyond the exclusive province of trance. Expanding the âNightâs remit, heâs opened it up to embrace a wide span of electronic music, from which he draws on audio from both its best-known proponents and brightest young talent.

âOnce Upon A Nightâs pages have been reopened and Ferryâs again ready to let the music tell the story.

Tonally the fourth OUAN odyssey departs on calm waters with a brace of tranquillity from London-based producer Ad Brown. With the vocalized shine of âMoreâ and âThriveâ prefacing the mix, through fresh studio names Ferry crafts new threads into âNightâs narrative.

Drawing on audio from far and wide, Analogue Sound Departmentâs Daft Punk-ish âRhodestepâ, Timur Shafievâs electronica-edged âMainstreamâ and the progressive harmonics of Amir Afarganâs âDawn of Paradiseâ light the mixâs path. Ducking its head into the big rooms for a moment, the midpoint finds Ferry debuting a track under a new pen name. Composed alongside fellow Hollander Joeri Lodders, the chip-tone channellings of LoCoâs âOut In The Fieldâ again subtly tweak O.U.A.N.âs character. Further in, âIs This Loveâ from Zachary Zamarripa and Disco Freaks vs. Dayton Elliss âTake Me 2 The Sunâ inflect a grooving up-swell of house, before âOnce Uponâ veteran REZarin signs the chapter off with âSignatureâs flourish of pulse-racing anthemcs.

On bringing the fourth phase of O.U.A.N. to fans, Ferry said: âWith the diversity of dance music in general being bigger than ever before, my playground is endless. And with the sound of this compilation I hope you can hear that nothing is impossible.â

In their December issue Album of the Month review, MIXMAG says: âIn a relatively lean end-of-year album landscape, âOnce Upon A Night Vol. 4â stands head, shoulders (and the rest) out from the crowd â 9/10â

With the albumâs sonic fable travelling the listener to the farthest reaches of its authorâs musical mind, âOne Upon A Nightâs latest edition serves Ferryâs series a new level high. âVol.4â is yours to own from November 28th.
Buy Like Edit