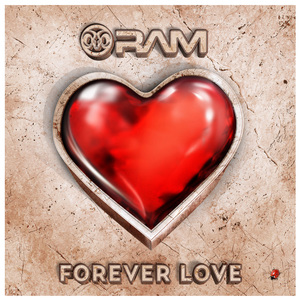 Description
RAM: three always-capitalized letters that scene-wide, for the last five years, have become synonymous with emotive yet ballistic trance. A man who has Amsterdam all-but running through his veins, his home city has provided the base from which to triangulate his Grotesque record label, parties and weekly radio show. Through an unstinting run of high-profile gigs and 7 successive Beatport Top 10 hits, the Netherlander has expedited his way through the ranks, establishing a position with which to challenge its highest echelons.

Now, in the next natural move in that trajectory, summer 2015 sees RAM present his debut long-player. Out June 29th, across 14 extraordinary, breath-stealing pieces of music, he puts into the sharpest of sonic perspectives whatâs seen him become the force he has.

An album dedicated to the memory of his late wife, Amelia â a passing that touched the scene globally, this is his testament. Message and tribute as one: this is âForever Loveââ¦

Behind the decks, lit by the lasers and meeting the audience head-on, thereâs absolutely no missing the drive and determination that fires Ram âRAMâ Boon. The young Dutchman now trains every ounce of that contagious force-of-will on the production and release of his first full studio album. In and amongst its 14 tracks, youâll find trance touched with melody, wrought with energy and invested at every turn with poignancy and authenticity.

On the release of his first album, RAM had the following words for fans: âThis album is made out of love and from pure emotions that I had these last 18 months, since my wife passed away... It's been a rollercoaster and I've put all my feelings into this album, to help me through, and to translate those feelings into music!â

Joined by the UKâs Chris Metcalfe on production and Natalie Gioia on vocals, the spirited âDonât Give Upâ is next to the âForever Loveâ equation. RAM is of course well known for his hallmark line of RAM-prefaced titles (âRAMsterdamâ, âRAMplifyâ & âRAMnesiaâ among them). The first release on his Grotesque label, âRAMoreâ delivers another uplifting, trance-to-the-core outing to the RAM canon.

Force multiplying moves are afoot next, as RAM is joined by fellow production & vocal heavyweights Andy Moor and Christina Novelli on the Beatport top 5 smashing âAll Goneâ. Working with the best of the studio & song new-skool too, James Dymond and Kim Kiona team up with RAM on âForever Loveâs roof-rockingly infectious âEnd Of Timesâ.
Like Edit