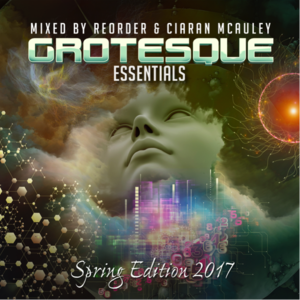 With their latest productions both ReOrder and McAuley are unstoppably assaulting the scene and this edition of Grotesque Essentials invites you to listen to their most recent productions in two mindblowingly uplifting trance tours.

ReOrder: Having his home base in Prague, where trance always has been and will be, ReOrder works devotedly on his career and these days, is harvesting some serious crops from it. âVenice Beachâ and âSpirit Of Ecstasyâ, his latest productions for FSOE, both landed #1s on the Beatport charts, hovering up praise aplenty from DJs and fans alike. In addition to his original releases on the major trance labels, ReOrder has also delivered top-draw remixes for Armin van Buuren, Aly & Fila, Tritonal, The Thrillseekers, Mark Sixma and others.

Ciaran McAuley: Now among the brightest emeralds in Irelandâs rich trance history, Ciaran is one of his countryâs most admired producers. Thatâs no more clearly demonstrated than by his own impressive discography through leading labels like Armada, Black Hole and VANDIT, which gain Top 10 access with almost every release. His 2017 is off to a great start with huge support from industry icons Armin van Buuren, Aly & Fila, Solarstone, Paul Oakenfold, Gareth Emery, RAM, Giuseppe Ottaviani and Sean Tyas amongst others! Off the back of âIn Memory of Youâ - his most recent singles success - the imprint and heartily offered him the opportunity to showcase himself on the Grotesque Essentials - Spring Edition 2017.
Buy Like Edit