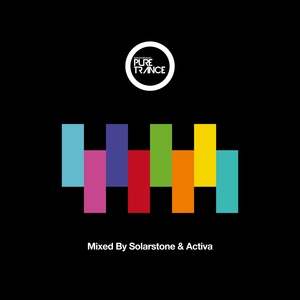 Eight years on and while that perilâs not passed, it advance has been blunted, with many of its chancers moving on in search of something else to commercialise. As such the movement - forged and spearheaded by Solarstone, and having long since matured to include global club events, a much-loved weekly radio show and a triple-record label arsenal has, almost imperceptibly, transitioned. Vindicated â a battle largely won, itâs become less âmissionâ and even more focussed on the music itself.

Fresh from the release of his â3â and âOneâ albums, our Pure Trance sentinel Solarstone delivers his eighth annual, bringing another fitting close to this P.T. year. Joining him for 2019âs edition is a DJ & producer whose re-emergence is â essentially - a living, breathing result of the movement itself. After almost a decade away, Activaâs reactivation is as sure a sign as any of the sceneâs brighter days renaissance. He commits an astonishing second disc of energized trance elevations to complement Solarstoneâs assured-as-ever selection of the purest.

On his eighth Pure Trance compilation voyage, Solarstone says: "I'm delighted to present this years Pure Trance edition! I decided to focus on the lower BPMs this time, and bring in one of my favourite producers - Activa - for the higher tempo side of things, and the quality of tunage is really outstanding, full of innovation and creativity. I hereby invite you to join us on a wonderful journey focusing on melodic, emotive progressive & driving, uplifting pure trance music."

On his participation in âPure Trance Vol.8â, Activa said: âPure Trance; the label, the club nights and the compilations are well established and have a strong and loyal following, so to be asked to mix a disc for the 8th instalment was an honour, but a task that I knew I had to do right. I wanted to ensure that my mix was part of a bigger âwholeâ and provide not just a journey on that disc, but a continuation of the journey from Richâs mix while still keeping its own identity and sound."