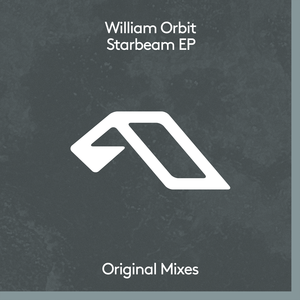 Description
Multiple Grammy-award winning writer, composer, producer, and performer William Orbit is considered a pioneer of electronic music and one of contemporary popâs most innovative artists. He now returns with a 4-track EP âStarbeamâ set for release December 1st via Anjunadeep, with the single of the same name out today, November 19th.

In a career spanning 40 years, his influence is insurmountable. Producing some of pop musicâs most seminal records - Madonnaâs âRay Of Lightâ and âMDNAâ, Blurâs â13â, Robbie Williamsâ âRudeboxâ, Finley Quayeâs âDiceâ, Pinkâs âFeel Good Timeâ and All Saintsâ âTestamentâ to name a few - he has won 3 Grammy Awards and been nominated a further 5 times, with work on albums by U2, Britney Spears, Beth Orton, Queen, and Michael Jackson. Immersed in classical, pop, and electronic worlds, his contributions to contemporary music illustrate a great cadence of alchemic studio fusions and what he calls âcurating serendipityâ. Returning with the 4-track EP âStarbeamâ, Williamâs first solo release in seven years, this marks his Anjunadeep debut.

His first solo release in seven years, âStarbeamâ is the latest triumph in a career thatâs birthed 11 solo studio albums and 7 ensemble albums as a member of Bassomatic, Strange Cargo, and Torch Song, and the influential Guerrilla Records label. Demonstrating his soulful ear for authenticity and creativity, âStarbeamâ is an all-enveloping musical journey that sends the listener hurtling through the stratosphere. Mastered in Dolby Atmos 360 audio, âStarbeamâ conveys William's unquenched fascination into the minute details and continued refusal to stop experimenting.

As impressive as it is, Williamâs production work is only one aspect of a life spent entrenched in the forefront of the electronic landscape, pushing the music and culture further and further beyond its perceived dancefloor boundaries. As one of the most influential forefathers of the essential post-rave and back-to-mine soundtrack, his ambient, downbeat âStrange Cargoâ album series was intrinsically rooted and referenced in the 90s ambient, chill-out, and Balearic movements. Similarly, Williamâs 1995 seminal album âPieces In A Modern Styleâ conveyed a never-before-seen fusion of classical and electronic, where classical arrangements were transposed in the most modern and futuristic way, laying the foundations that composers such as Nils Frahm and Jon Hopkins build on today. His work in this field remains matchless, yet was created with no formal training in musical theory whatsoever. With a combination of his soulful ear for authenticity, scientific eye for schematics, an innovative ability to join consistent dots between disparate worlds in a transient universe, and a spirit for breaking rules; William Orbit is a maverick conductor, engineer, and artist with an unquenched fascination into both the micro and macro details of anything heâs creating.
Buy Like Edit