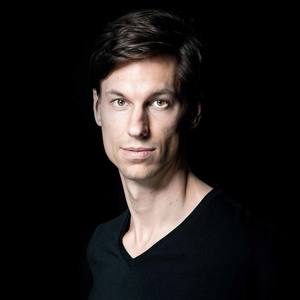 Upcoming Events
Description
Menno de Jong is primarily known as a trance DJ and producer with an international following. Based in Amsterdam, The Netherlands, de Jong was born on March 17, 1984, and was interested in music â classical as well as modern â at a young age.

While he took up DJing as a teenager, he first established himself as a producer with the release of "Guanxi" on the British label Anjunabeats in 2004. Later that year he released a few additional productions: "Second Thoughts" as Sayla on Dedicated Holland, "Watermark" as Halcyon on Captured Music, and "Millionfold" as Myth on Remark Records. The success of these initial productions inspired de Jong to found his own label, Intuition Recordings. Intuition made its debut in 2005, and the second release on the label was de Jong's own "Tundra." Like "Guanxi" and "Second Thoughts" before it, "Tundra" proved popular within the trance community and was championed by many of the style's leading DJs, including Tiesto and Armin van Buuren. Successive releases such as "Spirit", "Last Light Tonight" and "Better World" followed, as did numerous remixes for "Mark Otten - So Serene", "Karen Overton - Your Loving Arms" and the classic "Hydra - Affinity". He went on to perform at clubs all over the world as well as at dance music festivals such as Trance Energy, Mysteryland, Electric Daisy Carnival, Global Gathering, Nature One and others.

Around the birth of his label Menno de Jong also started periodical radio broadcasts, first under the header of the Intuition Radio Show, and later as the Menno de Jong Cloudcast.
In 2007 he released his first official mix CD, Intuition Sessions: South Africa, which showcased his label. In 2010 the second volume themed Rio de Janeiro was released, showcasing the broad style of trance heard in his DJ sets.
Numerous successful releases have followed in his career, tracks such as "Turtle Paradise", "Place In The Sun" featuring the vocals of Ellie Lawson and the more laid back "Everything" received continued support from DJs such as Armin van Buuren, Gareth Emery and others. In order to focus on music production and touring Menno de Jong concluded the label manager chapter of his life and put a full stop behind Intuition Recordings at the end of 2011.

Since then he has continued his efforts to release quality trance with tracks such as "Never Lose The Magic", "Signals" ft. Kristina Sky and remixes for "Chris Porter - The Sky At Night" and trance contemporary "John O'Callaghan ft. Ria - I'll Follow".
Releases
Like
Members who like this Alias
Edit